37 years of amazing hairdressing shows and over £12.5 Million raised for the charitable foundation “Fighting Leukaemia” – that is what Alternative Hair is about.

When Tony and Maggie Rizzo’s young son Valentino passed away after suffering Leukaemia, Tony decided to put on a charity hair show during the weekend of Salon International.   It was to be a one-off event, showing short artistic presentations. The evening was such a success, people demanded he repeat the show the next year and the enduring Alternative Hair Show was born.  Over the years the Alternative Hair Show has not only taken place in London but also in across the globe.

The participating artistic teams were:

The energetic and highly creative shows provided an explosion of colour and artistry with each team showing their own interpretation of the theme PARODY.
It was an incredible evening with many “regulars’ in the audience claiming it was the best Alternative Show ever!

5-7 October 2019 ExCel London STYLING Magazine is exhibiting at Salon International. Visit our stand No. M190 The number one destination for hairdressing professionals everywhere, Salon International is the heart of the industry. With over […]

Bob haircut – heavy blunt graduated nape, curved fringe, and subtle reverse layers interior… If you’re searching for a change but don’t know where to start, this step-by-step video will give you inspiration. Bob haircuts […] 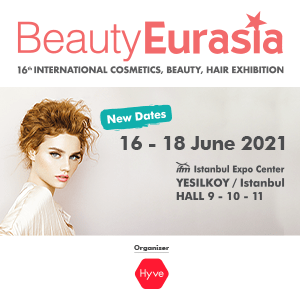